Thuraya Atlas IP+ is a maritime broadband terminal that delivers enhanced connectivity, greater, flexibility and improved operational efficiency to those seeking added value on board vessels at sea. It provides merchant maritime, fishing, government and leisure users with a purpose-designed, full-featured device that supports voice and broadband IP data connectivity at speeds of up to 444kbps.

Thuraya Atlas IP+ is a compact device with direct bulkhead mounting, built-in WiFi and a single cable connection to the stabilized antenna. The terminal improves power efficiency, and has a built-in firewall with increased capabilities for security and control, a smaller form factor, and greater versatility than rival maritime broadband products. The Atlas IP+ also includes a range of features designed to support improved communications and onboard ship operations such as port forwarding, an English/Chinese web interface, and continuous GPS output.

Some of the applications that can be used with the Thuraya Atlas IP+, in conjunction with value-added services offered by our partners, include:

Optimal data speeds
Thuraya Atlas IP+ offers the best data speeds for an L-band maritime terminal of its size, enabling even smaller ships to have broadband connectivity while maximizing their above and below deck space usage.

Flexible voice calls
Through its RJ11 port, the terminal’s BDU can be connected to any standard analog phone – including cordless models. This allows for simultaneous voice and data sessions. The voice calls run via the Thuraya VOIP services, lending a cost-effective service option.

Enhanced firewall capabilities
The build-in firewall in Atlas IP+ is easy to set up and goes beyond lending security to broadband communications by enabling ship owner or captains to control data traffic. The firewall allows load-intensive pages, such as video streaming or conferencing sites, as well as other undesirable domains to be blocked, ensuring that the available bandwidth is used efficiently and cost effective.

Tracking and reporting
The terminal comes with SMS tracking, position reporting and geo-fencing features, which can be integrated into a fleet management system to track the real-time location of vessels. Geo-fencing further allows automatic alerts to be sent to at-shore crew, who can then prepare for the arrival of an approaching vessel. This function can be set to send IP+ or SMS based alerts for entering or leaving predetermined zones. Tracking is set by time duration between alerts or by distance moved by vessel. 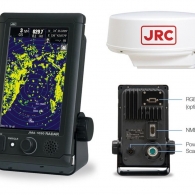 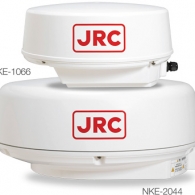 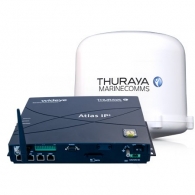 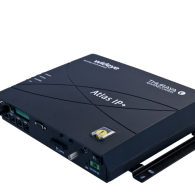 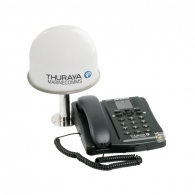 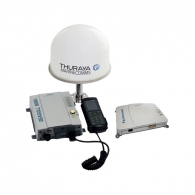 We are now looking for new distributors and agents for several cities in Indonesia. If you are interested please contact us.
0818-131-121 (Aldi)
More Info >>